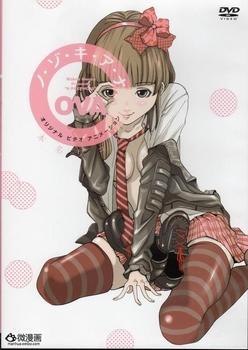 After moving into his new apartment, art school student Tatsuhiko Kido discovers a crack in his wall. When he peeks inside, he makes eye contact with his neighbor, Emiru Ikuno, as she masturbates. He rushes next door to clear the misunderstanding and inform her of the crack, but accidentally trips and falls over her in the process. To make matters even worse, Emiru now has photographic evidence that would plainly depict Kido as a sexual offender. Kido then learns that Emiru has a voyeurism fetish, and is blackmailed into leaving the crack as is.